With respect to policy, China’s Department of the Raw Materials Industry and the Ministry of Industry and Information Technology organised the Chinese rare-earth industry into six groups, the last of which was completed earlier this year.

The first half of the year ended with China issuing its production quotas, which included an output of 52,500 tonnes of mineral products and 49,925 tonnes of smelted products. July saw the implementation of an on-site verification process conducted in five main Provinces as well as Inner Mongolia’s autonomous regions, which assisted in weeding out illicit material.

With respect to supply, in October, Jiangxi Province took the lead in introducing rare-earth whole-chain management measures which ensured that the province could take control over the mining, smelting, separation, resource recovery and trade of rare-earths. Furthermore, any producer that met this standard would then be allowed to mine, import and trade rare-earths.

More stringent controls, both in terms of illegal mining and environmental concerns, coupled with stockpiling by the State Reserve, resulted in a higher proportion of legitimate material and improved prices. Moreover, the fact that China’s industry was nationalised into six producers gave the country control over prices.  This is evidenced by Rising Non-ferrous Metals Company’s planned shutdown in October following a slowdown in prices in September. Similarly, Ganzhou’s Rare Earth’s Group’s official website revealed that Southern ionic rare earth enterprises Alliance initiatives would cease production in October. The upshot was that praseodymium, neodymium and gadolinium prices rose 30% during that time.

Higher prices have spurred a renewal of investments into the rare earth sector outside of China. Rainbow in Burundi began shipping material, Lynas continued to be in the black, and Mkango resources planned to start mining Songwe Hill in Malawi within the next three years.  Hastings has entered into a MoU with a Chinese company to provide 2,000 tonnes of mixed rare-earth carbonate and Russian State-owned Energy Company, Ou Tanke Group Co, Ltd is expected to jointly develop Kyrgyz-based rare earth mine with Baotou City Hong Bot Technology Co. We anticipate that more funding will become available in 2018 and we should see further development of rare-earth projects outside of China.

In addition to developing rare-earth projects, investment in alternative sources of rare-earths was seen in 2017. Perhaps the most high profile was the support of rare-earth extraction from coal sources, which was sponsored by the US Department of Defense. The Trump Administration has been particularly vocal about reducing US reliance on imports for critical minerals, and we expect to see more funding come available for these types of projects in 2018.

Japan too has tried its utmost to protect its interests and has elected to keep the import tariff for quick-setting magnets from China at zero. Japan is the largest importer of these magnets that are used in the development of electric vehicles. Keeping this rate at zero is expected to offset some of the increases in production costs.

Going forward, we expect that the 2018 rare-earth market should continue to increase steadily, driven by growing usage of clean energy, such as wind power, and the continued uptake of electric vehicles.

The Core Consultants’ Rare Earth Monthly Report was first released in 2010 and became the first regular monthly rare earth publication by a non-Chinese firm. The report analyses global trends in Chinese and non-Chinese production, regulations and trade. It also tracks developments in end-user demand and prices. Each issue provides short-term (2-months), medium term (1-year) and long-term (5-year) price forecasts. The subscriber base for this report is varied and ranges from end-users, including global technology manufacturing and industrial firms, to traders, financial institutions and suppliers. 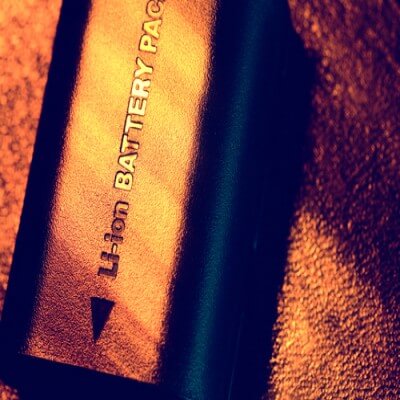 International commodity experts since 2009. We specialise in Communications, Consultancy and Market Research for the Mining and Engineering Industry.

The Effects of #COVID19 on Rare Earths is a brief presentation designed to highlight the impact of COVID19 on the rare earth market.