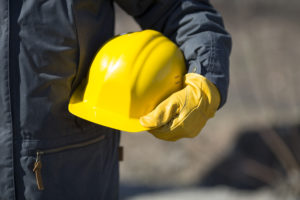 While the global economy stirs in the wake of its Covid-19 slumber, investor shopping lists are getting longer. In the lockdown thaw, there are a few bargains on the shelves that might have gone unnoticed during the global freeze. For bargain hunters, Alphamin Resources should be etched in pen on the list of essential items. The company’s throbbing debt headache has been given some reprieve, and with more space to breath, Alphamin’s Bisie mine in the east of the Democratic Republic of the Congo (DRC), can now pursue  several value-add projects that were previously put on ice due to a depressed tin price. This will further boost Bisie’s image as a premier tin play waiting to be snapped up by ardent investors.

While its debt burden has been limiting, Bisie’s operational efficiencies has hit the sweet spot. The team in North Kivu is mining up a storm, even if they have been locked down in the rainforest for several months. They would have no doubt been invigorated further by the news that head office has managed to give them more space to manoeuvre.

The known ore body at Mpama South, about 1.5km from Mpama North (where current mining activity is taking place) has yet to be drilled to its full potential, and while the rigs have been standing idol, other growth initiatives have also been gathering dust. As part of Alphamin’s two-year strategy to produce more than 12 000 tons (t) of contained tin per year, the company’s plans, besides proving up additional resources and life-of-mine extensions, further included the completion of a fine tin recovery plant (which will improve payable tin production whilst reducing the overall production cost); extensional drilling at Mpama North, and the construction of several access roads to the five other licensed exploration targets, adjacent to the existing mining permit area.

Alphamin recently raised enough funds to slash the company’s current debt with more than 31%, resulting in reduced interest rates on the outstanding balance, improved debt covenants and a softer repayment profile.  The non-brokered private placement, during which Alphamin issued more than 310 million common shares at a price of C$0.14, could not have come at a better time for Bisie, and for now, silenced whispers about the company’s untenable debt burden. Proceeds from the transaction added up to more than USD31-million, which has allowed Alphamin to reshape its debt profile. Although Alphamin has always kept a close eye on their growing list of financial obligations, the burden was starting to constrain the planned continued development of the operations insofar as value add projects and life of mine extensions are concerned, and in a COVID19 infused world, servicing USD100-million is a mountain to climb. Even more established groups in a less-averse business environment would find it difficult to break the shackles of such debt, and in the end, for Alphamin, growth and expansion became the victims.

The successful issuing of shares has put Alphamin in a much better position to negotiate improved debt terms with its lenders. The new terms include an interest rate cut from 14% down to just over 10%, and a significant reduction of the company’s debt obligations for 2020. It means that Alphamin has moved the required tin price to service their debt from just over USD16 000 per tonne down to USD13 000 per tonne. This has given the company renewed confidence to kickstart its value-add initiatives and should the tin price drop after the significant gains of the past few months, the company has the necessary resilience to overcome the downturn.

The tin price is currently at over USD15 000 per tonne after it traded at levels below USD13 500 at the peak of the COVID19 crisis. For a long time, tin traded at an average price of USD20 000 per tonne. A return to these kinds of levels will be significant for Alphamin in terms of operating margins. The upside is that tin has historically shot the lights out very quickly not too long after it traded at extremely low levels.

The most exciting proposition unlocked by the less stringent debt terms though is the possibility of drilling out a maiden resource at Mpama South.

All indications are that the entire ridge on which Mpama North is sited is replete with cassiterite. In fact, one of the early challenges after Alphamin was awarded exploration licenses in the area, was to decide on which targets to focus on. The company has drilled only 16 holes at Mpama South and obtained encouraging results. The prospect of another high-grade-strike a stone’s throw from current operations is mouth-watering, and not a long shot by any means. Although still limited to how much they can drill, Alphamin management intends making the most of their revived exploration budget and hope to have a fairly good idea of the qualities of the ore body at Mpama South by early next year.

Moreover, geologists are convinced that Mpama North extends at depth, so drilling will continue in the existing underground mine to expand current operations. During the early years of exploration  the drill rigs were held back due to limited budget  and not because the  geologists thought they ran out of ore. Exploration drilling to the north and to the south of current workings should commence within the next few months. It is believed that the trend plunges to the north. However, it does seem that several veins have intruded the structurally weak zones a little further to the south of where the main ore body is mined today. Nonetheless, the main root extends to the north.

The limits of drilling are guided, of course, by the company’s ability to fund such operations, which, in turn, hinges on complying with debt covenants.  Money spent on value-adds should not cause the company to fall foul of debt obligations. Nevertheless, if the exploration drilling pays off, a life of mine of more than 20 years with a prolific ore body grading at 4% tin, would surely put Alphamin in a league of its own, and able to call the shots in a shrinking tin mining space.

The hard truth is, nonetheless, that Bisie will initially limit spend and only drill around 6000m.  That should indicate the qualities of a potential maiden compliant resource. For obvious reasons, the company will not be able to drill out a mega resource. It will be important though, to have a maiden resource that stacks up in terms of grade, and then they need to continue drilling. This will give the geologists some sort of idea what they are working with. At the moment, the life of mine at Bisie is about 12 years, but there is no reason why that cannot be increased with at least another 20 years or more. The orebody might even extend all the way from Mpama North to Mpama South. Nobody will really know until a more extensive drilling programme is undertaken.

Alphamin’s flexible mining method at current operations has worked like a charm and the mine has maintained a consistent flow of just about 30 000t of tin ore per month since Q1 2020. The company is targeting at least 35,000t of monthly throughput as plant de-bottlenecking activities progress.

The mine is also awaiting delivery of two Epiroc underground dump trucks before it can confidently get the monthly rates up to that sort of tonnages. The trucks were delayed due to Covid-19 lockdowns at the manufacturing facility and is now expected to arrive on site towards August this year.

Alphamin’s rekindled appetite for exploration projects is encouraging and bodes well for the future growth of the company. The extent of the mineral wealth in this region is well-known, and Alphamin has done a great job in developing the highest-grade tin operation in an extremely fragile and sensitive environment. Although it is still early days, more good drilling results will do wonders not only for Alphamin but also for the communities in the area.