This article first appeared in Mining Weekly. To view the original article, click on this link:

Tungsten, tantalum and rare-earth elements (REEs) have started to emerge as “critical” global metals and are expected to become highly scarce from 2015, Core Consultants MD Lara Smith said on Wednesday.

“While the European Union and the US Department of Defence somewhat disagree on the full list of those metals that are deemed critical, they do agree that these three are [at the top of the list],” she said at the Geological Society of South Africa’s 2013 GeoForum conference, in Johannesburg. Critical metals are defined as those metals with a critical risk to supply, on which humans are highly dependent for survival, and which are necessary for the continuation of a modern way of life.

Smith noted that these minerals were conventionally dominated by a single supplier or country, commonly experienced underinvestment in the development of new projects, and presented limited potential for substitution. “In addition, critical metals are finding increased application in modern, portable devices, as well as in military or defence applications and are, therefore, of strategic importance to several countries,” she commented.

Based on these parameters, tungsten had increasingly emerged as a critical metal, most notably as a result of its limited supply. Smith noted that China, which produced the majority of the world’s tungsten supply, also accounted for more than half of world demand and was its fastest-growing consumer, which had driven the State to take certain measures to ensure that its own domestic needs were met.

“This has placed an unprecedented threat on the tungsten sector outside of China, which presents enormous opportunities for the development of tungsten ores, concentrates and intermediary products outside of China,” she said. Moreover, in recent years, demand had outpaced supply, necessitating the sale of stockpiles held by the governments of China, Russia and the US. According to the US Geological Survey, from 2000 until 2011, the US stockpile fell from around 35 500 t to 7 500 t. “Based on China’s decision to limit exports to the rest of the world, we estimate that the primary tungsten market is in deficit and, this year, we expect the deficit to be in the order of 15 000 t,” cautioned Smith. In addition, tungsten prices were expected to rise in tandem with increased Chinese input costs, such as labour, as well as rising taxes and high inflation.

While also considered a critical metal, Smith observed that the tantalum market differed from the tungsten market in that its reserves were more widely dispersed, despite over 50% of the world’s tantalum supply having originated from Africa. “The risk to the tantalum market is that 16% of supply is estimated to originate from artisanal mining activities, while a further 23% originates from a conflict area,” she noted. As with a number of minor metals, new technologies, leading to the miniaturisation of electronic devices, had resulted in increased use of tantalum.

Smith commented that tantalum-based capacitors, in particular, were on the rise and were increasingly used in automotive electronics, mobile phones, personal computers and wireless devices. “Capacitators now account for 60% of tantalum consumption, compared with 51% in 2004. While growth in tantalum demand has been relatively lacklustre over the past 15 years or so, compared to other metals in the electronics sector, this application could lead to three-fold growth from 2007 levels,” Smith said.

In terms of tantalum’s tradability, she noted that, as it was not traded openly, its market has always been subject to large swings in over- and undersupply. Most tantalum was sold under long-term contracts rather than through the spot market, which had traditionally resulted in pre-emptive buying. As a result, prices did not always immediately reflect the supply/demand deficit.

Tantalum prices had recently demonstrated volatility, increasing by over 300% to around $550/kg in 2011. “As a result, gauging a long-term stable price is challenging, but if we assume a conservative steady growth rate of consumer electronics in the coming years of around 4%, then the market will be perfectly balanced. Growth above 4% will result in a supply shortage by next year and we, therefore, assert that prices have now bottomed out and should start reflecting our expectation of a market deficit,” said Smith.

Similar to the supply of tungsten, China controlled more than 90% of REE production, accounting for the majority of the country’s consumption and had, since the 1980s, become the sole provider of global rare earths. Smith noted that the country had, since 2010, reduced its export quota by 40% to preserve local demand, as well as encourage local downstream production. It had further promoted increased production efficiencies through the imposed mergers of smaller companies with larger companies in an effort to create ‘mega corporations’ with increased control over production and prices.

“In response to China’s strategy, we have observed a coordination of legal action, with Europe, the US and Japan bringing China before the World Trade Organisation. There has also been extensive government stockpiling, as well as growing support and funding for the development of alternative, non-Chinese resources,” she said. To date, the number of advanced projects outside China totalled 51 in 15 countries with a total resources of 7 143 t. Smith added that, despite these projects, the primary issues currently facing prospective producers was access to the required capital, as well as to the technical expertise required to separate the rare earths.

“To circumvent this, there are a number of countries, including South Africa, that are looking into the feasibility of establishing a centralised refinery,” she said. 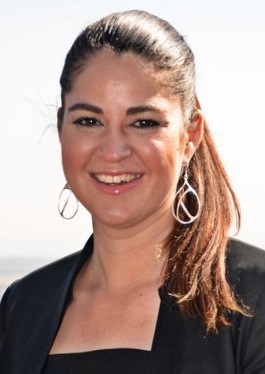